John Danaher is a Kiwi that the team at Big Judo dig. John is not only a Brazillian Jiu-Jistu god in the United Stateds he is also a philosopher trained at the University of Auckland. 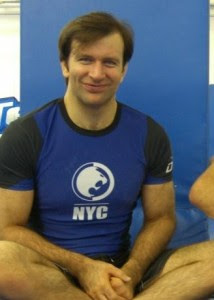 I found this cool link that gives you more information about John http://www.bjjheroes.com/bjj-fighters/john-danaher

I was 'stoked' when I saw this link becuase I remember John when he was a tutor at the University of Auckland Philosophy School in the early 1990s.

Later, in the early 2000s, I was lucky enough to roll a couple of times with John while he was back in New Zealand (he was a blue or purple belt) training with another well respected martial artist Chris Easley.  I'm pretty sure Mike Sethna trained with him as well.

I'm sure John doesn't remember me. But I remeber him well he was a cool guy then and it looks like he's only got cooler.

Philosopher, martial artist, academic, tough guy - You don't get many people like John and its great to see him recognised in this way.

If Big Judo can produce a couple of warrior/philosophers of John's calibre I'll die a happy man.