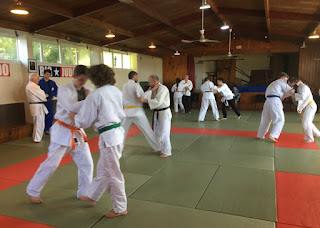 When Big Judo started the only time we could train was Saturdays. Over time we added Tuesday and Thursday nights but our Saturday session is the longest running class.
In recent months, it is becoming a good practice. Last week we had 17 adults (Cadets up) on the mat,  the week before we had 19 so the class is getting the number to provide a good opportunity for our players to work and develop their skills.
We are all pleased with the progress that our Judoka are making. 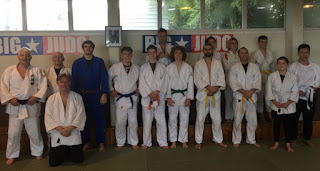 Posted by Ben Stallworthy at 18:47 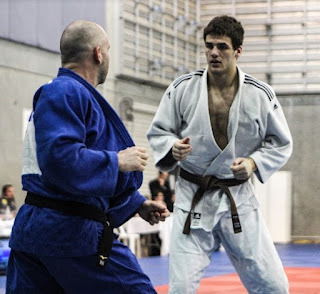 Its been a little while work has got in the way of Judo, but the highlight of July was the Auckland International Open.

We got a great photo of Noah hard at work winning both the Junior Mens - 100 Kg and Senior Mens - 90kg categories.  Noah's performance was fantastic and we are all very proud.

This competition was also important for the club because following behind Noah we had a string of younger medalists in the Cadets, Senior Boys and Girls and Junior Boys.

Big Judo, had a big turnout, and a big day winning lots of medals and having a great time.  It is our first big outing since the 2020 COVID lockdowns. Check out the team below. Everybody was excited and proud of the work done on the mat by our competitive players. 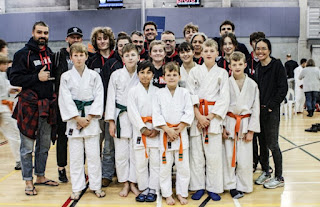 Big Judo also looked awesome thanks to sponsorship from Ward Demolition.  Thanks heaps Ward  we really appreciate the support! 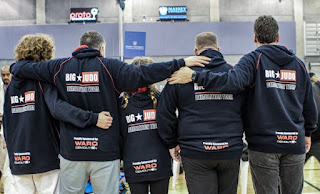 Posted by Ben Stallworthy at 19:16 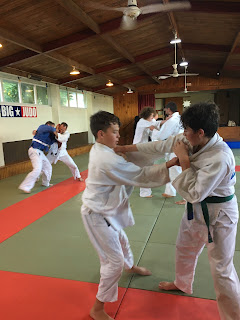 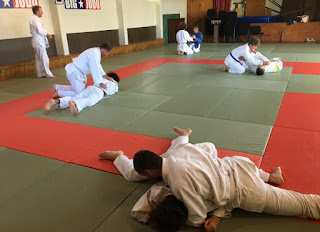 Good training session on Saturday. The thing that was good about it was that school holidays meant that most of our regular seniors were away so we had a generally low graded class.  The standard of Judo and enthusiasm was still there and it reminded me that 'big trees start from small seeds'.

Recently, I was looking through some old photos and I saw this photo of Noah. See the little dude with the circle round him standing on the seat behind the team. 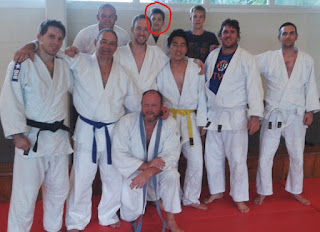 Now we are more used to seeing him looking like this!  So it was a poignant reminder of the importance of putting effort into beginners and juniors. 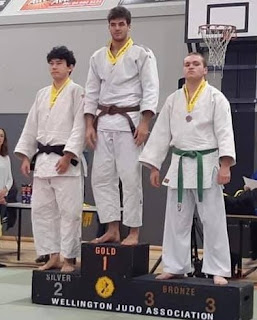 Posted by Ben Stallworthy at 13:49


In our first foray back into competitive Judo since COVID impacted, Big Judo sent three people to the Wellington Open.  All of them medaled.
At Big Judo we are all really proud of the team, they are the 'point of the spear' and all did very well. It is awesome to have such good committed young people in the club their performance this weekend is awesome and a real inspiration to the people following behind.
From Tracey's crew in Pukekawa, to Geoff, Todd and Matt in Pukekohe and to Nelly, Tony and Don in Sandringham everybody in Big Judo is working hard to keep a good group of Judoka moving through behind our competitive players and their victories make all the hard work worthwhile for the team.

We look forward to taking a bigger team down to the Waikato Bay of Plenty Open in June,  I'm sure Noah, Scott and Wiremu will be leading the way again. It makes an old Judoka like me really happy.  Well done guys!

Posted by Ben Stallworthy at 23:57 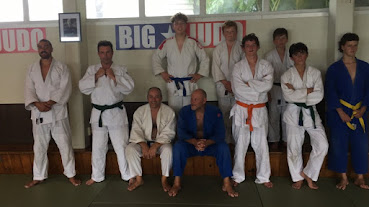 After a hard week at work there's nothing quite like Judo, to take your mind off things.  Today's adult class was a great chance to catch up with some old buddies like Tony, Simon and Matt.  It was also fun to work with the youngsters who are starting to extend their technical Judo.
And before that Scott, Simon and I also got to run a really good kids class.  Seeing a nice group of graded kids working with lots of new kids is fantastically satisfying.  It is hard work but providing an opportunity for people to participate in the martial art you love is awesome.  Roll on next Tuesday night!

Posted by Ben Stallworthy at 23:35 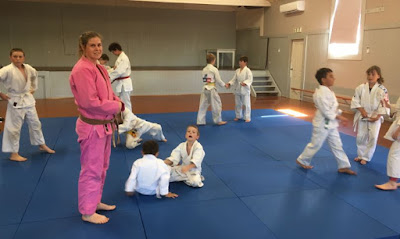 Last night I spent a couple of hours in an Auckland Judo Association meeting discussing development of Judo both in Auckland and more generally.  This morning I have been discussing women's Judo on Facebook. Together these discussions encouraged me to put 'pen to paper' with some thoughts about growing Judo.

Two coaching stories will give you an idea of how we have worked to support that idea.

Tracey Stormont (in the pink gi above) was a really good competitive player. After taking a break and having kids she was keen to get back on the mat and turned up at Big Judo, Pukekohe. Tracey has really good Judo and it was awesome to have her on the mat helping coach. Later, Tracey moved further South and getting to training in Pukekohe got difficult but she still wanted to coach. Tracey found a venue and asked if we could help her get mats.  The Big Judo team put its head together and raised enough money to put down about 36sqm of mats.  It is not a huge area but it is enough to teach kids and enjoy Judo.

We also said that we would support her administratively.  The result is that Big Judo developed a new dojo,  NZ Judo kept a good coach and we all have more people on the mat doing Judo.

Nelly Stallworthy (my sister) had a completely different story. Nelly was one of the toughest competitors in NZ Judo (or BJJ or MMA).  After the Manchester Commonwealth Games and lots of time overseas she quit Judo and pursued BJJ and MMA,

One day she came down to the club and had a look around. She started turning up more regularly and eventually committed to regular training.  It pretty quickly became apparent that she knew more about competition Judo than I did so we decided that she would lead the elite programme.  Nelly has taken Noah Walliss (on Nelly's left in the picture) from being a beginner Judoka to national champion with enormous potential in Judo,  Besides Noah we have Jacob Fry (who is in Australia at the moment) and a group of tough, strong teenage Judo players coached by Nellie and ready to step into competition. 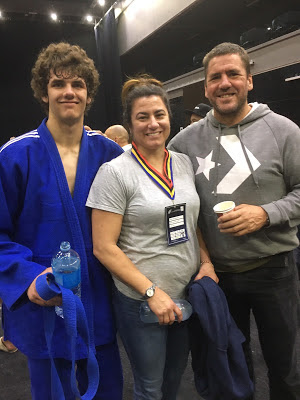 In summary there are couple of ideas that I'd like to 'put on the table' for people working to grow Judo, Success seems to come from trying really hard to support coaches by:
My final comment is that as a martial art we need to look at new ways of doing business if we are going to survive and thrive in competition with BJJ.  At this time the Auckland Association is taking positive steps forward (using Zoom, focusing on getting Level 2 coaching courses organised to meet compliance requirements and supporting keeping Hajamie operating) so perhaps it is a good time to get some wider discussion going about how we work together - to get more Judo in more places.

Posted by Ben Stallworthy at 18:25 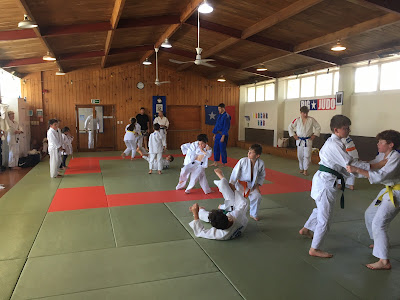 At Big Judo we are back into the swing of things after two two slow weeks as school started and we celebrated Auckland Anniversary and Waitangi Day holidays. Big, fun classes at both Pukekohe and Sandringham as our kids start getting back on the. always nice to see the Cadets helping out. The crew has good strong players and we are looking forwards the competitive season.

Posted by Ben Stallworthy at 19:55