Another good day this time for our kids. Two entries two medals best part is that in total we sent six competitors and they all got medals. We also got lots of positive comments about the 11 people who showed up on Friday night to help set up the venue.  Many people commented on that and on the rapid improvement of of competitive players. It was a good weekend. 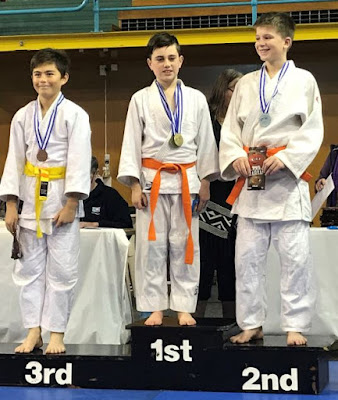 Posted by Ben Stallworthy at 12:36

Pretty happy today.  We entered four adults in the Auckland International Open and all of them won medals. The Big Judo family is very proud of all of them. 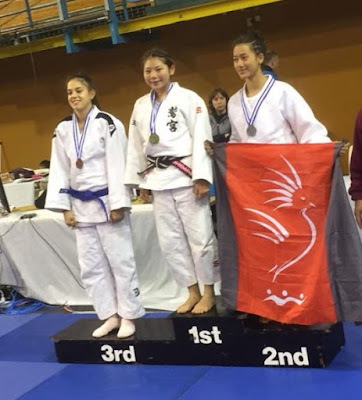 Posted by Ben Stallworthy at 23:20 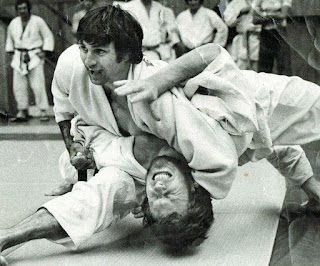 Sad, sad news today.  Rick died.  It is the closing of a chapter in New Zealand Judo.  He was a fighter, a rebel and very funny.

Nelly and I were lucky to have been Rick's students. When we started Judo with him in the early 80s he looked like he does in the photo above.  I think he would have been 40ish and was still competing.

He was a hard man and the University Judo Club was a tough world focused on ground fighting, 'Kosen' Judo and competition.

It was fantastic, we learnt good Judo that has stood by us in many dojos around New Zealand and around the world.  I first went up to Japan with Rick in 1988 and since then have travelled heaps always remembering my Sensei's favourite quotes:

Without doubt Rick was one of New Zealand's best Judo players. He also trained some of our best.  Daniel Gowing springs to mind.

But Rick also impacted people's lives in other ways. We all learnt to laugh at ourselves and to enjoy the comical side of Judo.  University Judo Club was never silent there was constant joking and laughing and humour.  It was fun doing Judo and Rick was very funny.

Rick also taught us to not accept authority,  he was a master of rebellion. Sometimes we need the outliers, the rebels the people that won't conform.

Finally, and most importantly Rick taught us all about acceptance.  University Judo Club was a place that who or what you were didn't matter.  We were all Judo players and your worth came from your fighting spirit and guts.  I remember lots of people who were never going to be great Judo players but who were welcomed at University Judo Club because the fought hard and had fun doing Judo.

Nelly and I have been lucky. We have had 36 years of Rick and have very fond memories.  The photo below is one of my fondest.  After all my years with him when I set up Big Judo he came over one night and helped me glue rubber under the mats so they wouldn't slide around.  It was a nice night.  Sensai and student working together getting mats ready for another generation of Judo players to learn.

From our Big Judo family to Rick's family and to University Judo Club deepest condolences. We will miss Rick very much.

And Rick, at Big Judo we will keep teaching what you taught us. 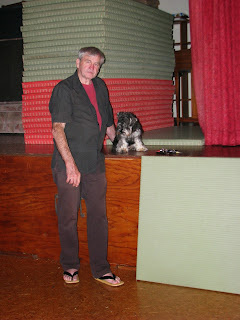 Posted by Ben Stallworthy at 02:14

Sometimes life is not just about Judo