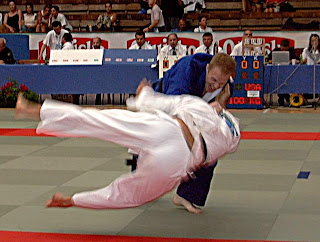 Big Judo recommends taking a trip out to the Northshore Events Centre next weekend for the Auckland International Open.

This tournament is one of the biggest in New Zealand and attracts players from all over New Zealand,  Australia and the Pacific.  In recent years it has attracted 300-350 players.

It is one of the few tournaments in Australasia that is 'points rated' i.e. points from fighting in it can contribute to a slot on Olympic, World Championship or Commonwealth Teams.  Therefore if you go you are likely to see some pretty good Judo.

The Senior (adult) competition is on Saturday 3 August 2013 and the best fighting will be in the morning.

Posted by Ben Stallworthy at 01:19