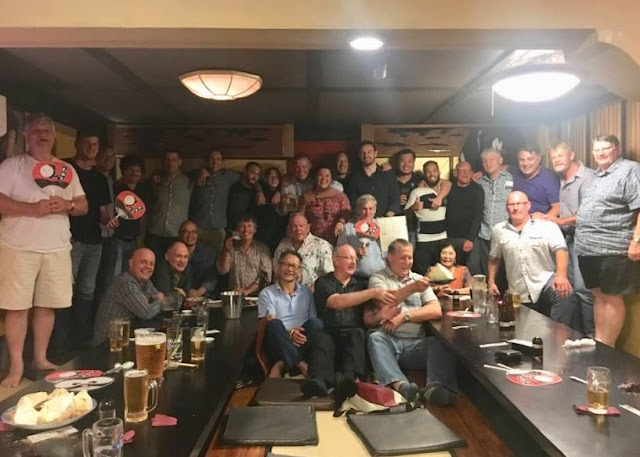 On Saturday night after coaching I was lucky enough to be invited to a party celebrating Rick Littlewood being awarded a Kodokan Eighth Dan Black belt. This is a big achievement. Only one in New Zealand and very few elsewhere.

Best of all though it was an opportunity to gather with a group of real warriors. People who have devoted their lives to testing themselves on the Judo mat.

We had most of the first group of Kiwis to live in Japan studying Judo,  People like Rick, Mike Bond, Ivor Endicott -Davies and David Mair,  They set new technical standards and established the networks that made it easier for future generations to travel to Japan and train.

From that base Judo in New Zealand improved and with access to higher technical standards we produced Olympians and Commonwealth Games medalists.

But also in this group are a whole lot of hard, tough Judoka who may not have been international players but learnt from people like Rick and Mike and then fought hard in New Zealand and helped raise our standard. In this photo there are a lot of legends of New Zealand Judo. I'd love to list them all but it would take ages. It was wonderful to be in such good company.

Posted by Ben Stallworthy at 00:19