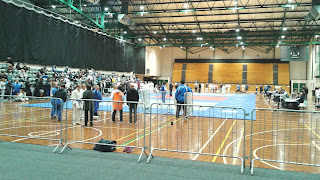 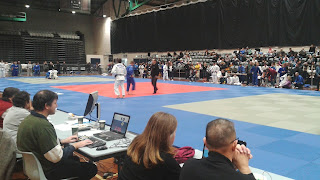 A couple of photos that I took at the Auckland International Open.  Once again it was a great tournament with people from all over New Zealand, Australia and the Pacific fighting.

The competition attracts a couple of hundred fighters over two days and has everything from kids to masters. A really neat competition.

Now for something a bit different. A couple of pictures of the 'opposite' end of the Judo spectrum. The Police club doing some social Judo today.  I guess the point is doesn't matter where you sit on teh spectrum there is a type of Judo for just about everybody. 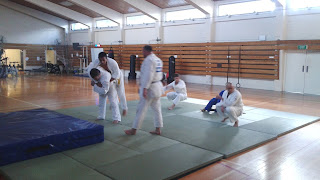 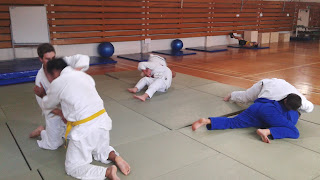 Posted by Ben Stallworthy at 02:19